Mariano (a.k.a. MARC) is a visual artist and muralist that lives and works in Buenos Aires, Argentina. He usually works with oils. His trademark, being on canvas or street walls, is his obsession to capture movement. To do this, he uses his self-proclaimed sequences. In these sequences, there are various frames creating the illusion of movement. That movement could take one second or as long as the viewer wants it to last. The spectator can play, rewind, fast-forward, slow-mo this movement as many times as he wants while panning the sequence.
This obsession with movement was born with M.A.R.C. ´s other passion, skateboarding. Since long ago skate has invaded his vision and perception of things. When studying arts at the National Arts School Prilidiano Pueyrredón (1995), he started investigating on how to do this with Degas own photos and paintings. In more recent series he mixed the sequences with kinetic or Op Art, to stress the speed even more. His series play around different topics like skateboarding, parkour, woman and their struggle for equal rights, external movement, as well as internal movements of the mind and soul as the experiences and attitudes toward life, change us.
He graduated from Art School in the year 2000 and then traveled to Spain to obtain his degree in Arts from the Universidad de Madrid. In the year 2012, he represented his country to the U.N.E.S.C.O. (The United Nations Educational, Scientific and Cultural Organization) of Andorra with forty artists from around the globe. The result of this experience was a group exhibition that traveled to The Venice Biennale, Barcelona, Paris, Frankfurt, and Andorra, among other cities.
He participated in solo and group exhibitions nonstop since 2001 in Buenos Aires and around the globe, nurturing himself not only with his own culture but those from other places as well. He started doing murals in different places of his hometown, Hospitals, Subway and private project to near his art, not just to the art wise watcher but to the common passerby as well. His biggest mural is located in the subway station Eva Peron, which has to sides of 80 meters long by 4 meters tall. Depicting a couple going to work as the dodge and clear imaginary and real object to get to work while doing parkour moves. Since 2014, he has been often traveling to San Francisco, CA, to show his art in solo and group expos. On his last trip (2018) he did two murals in San Rafael, CA. 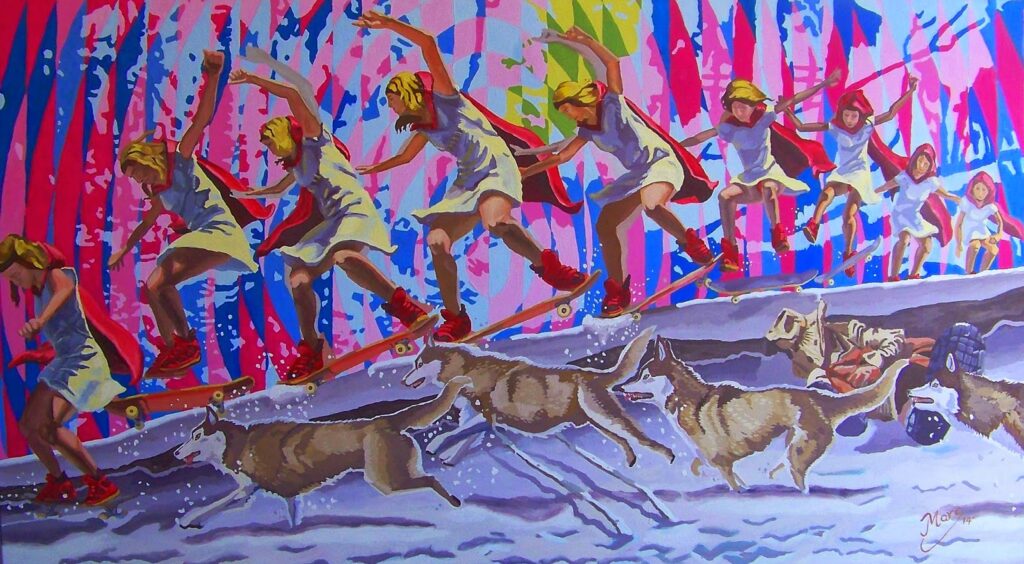 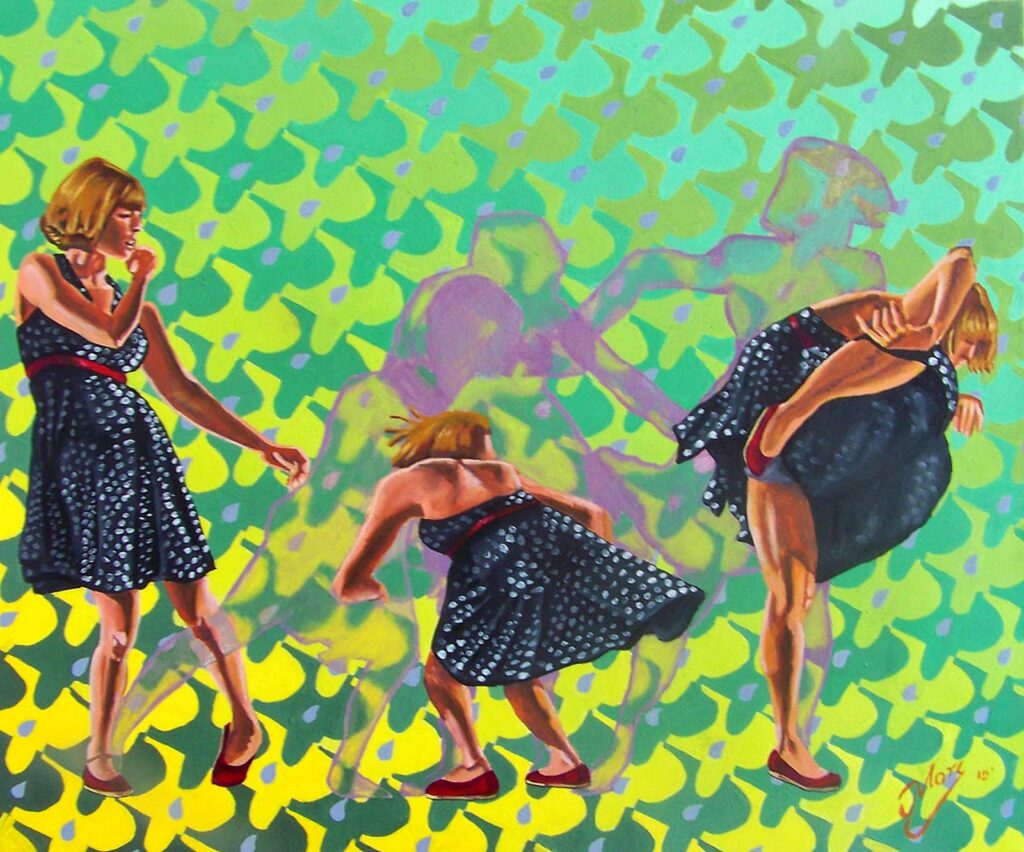 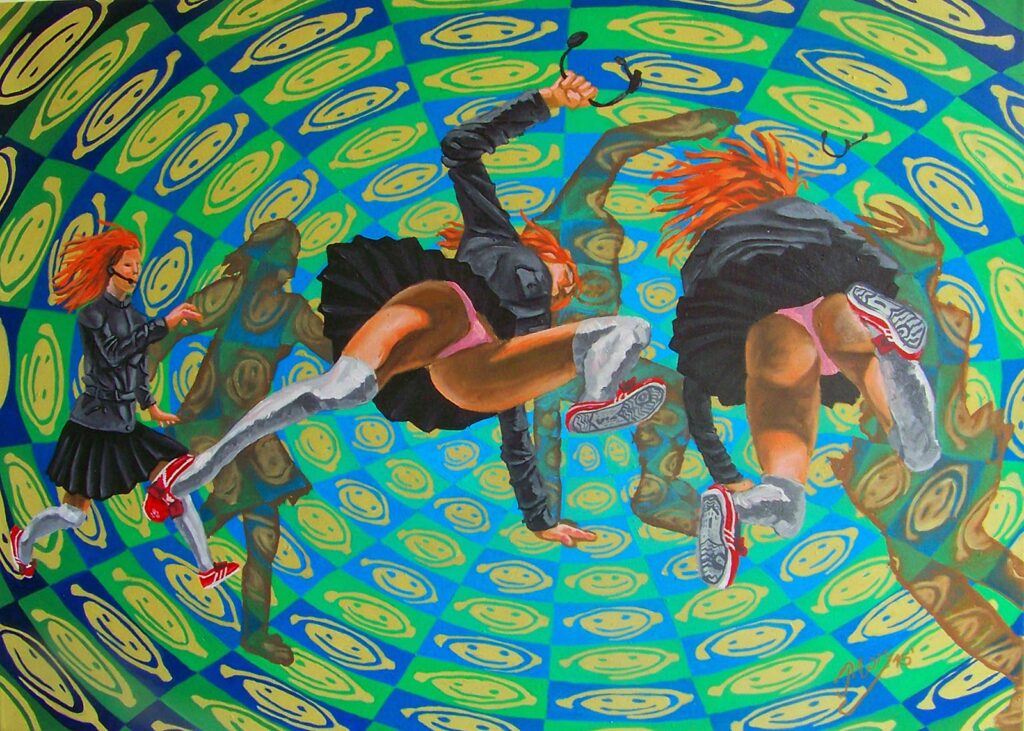 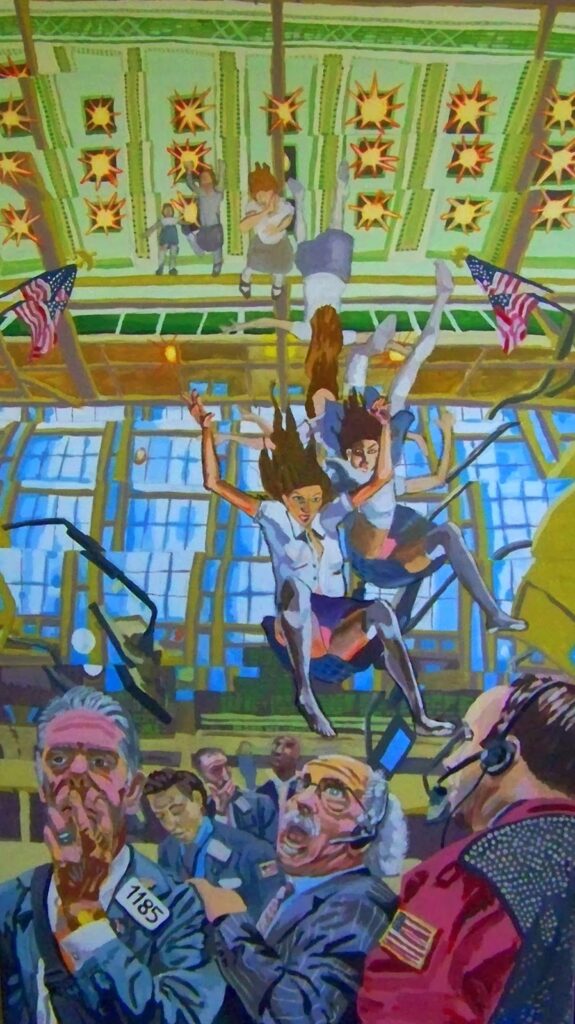 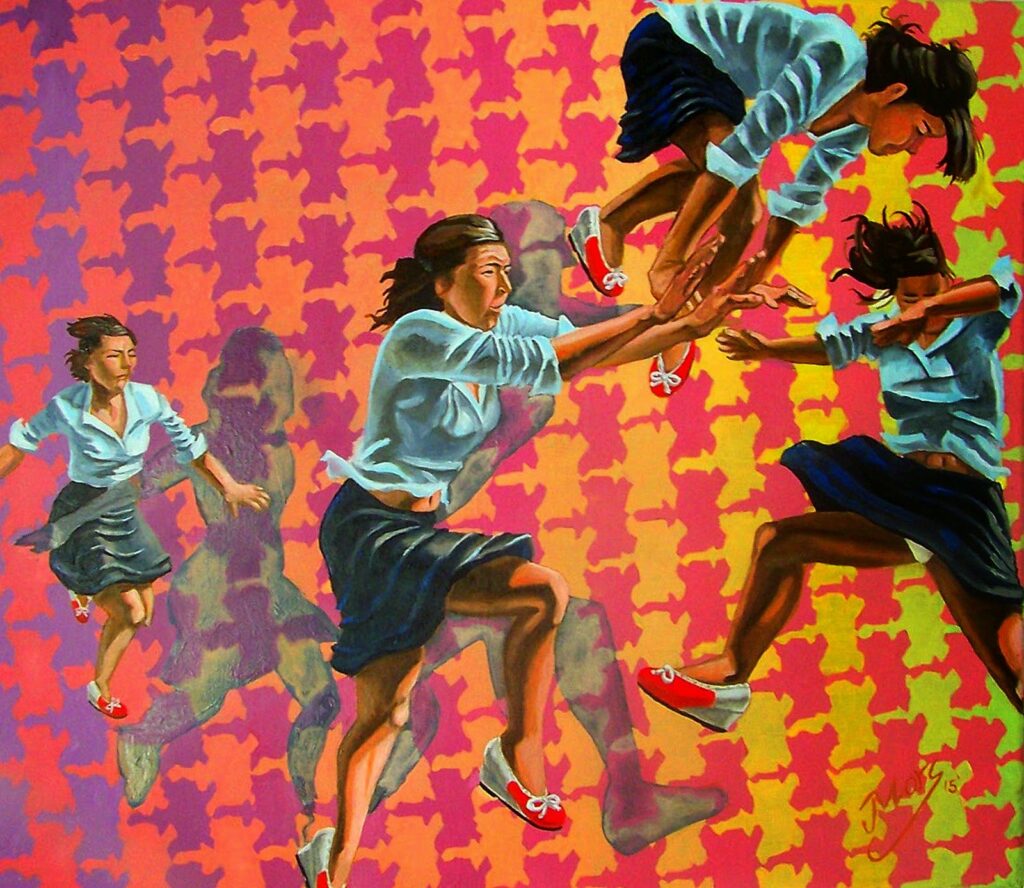 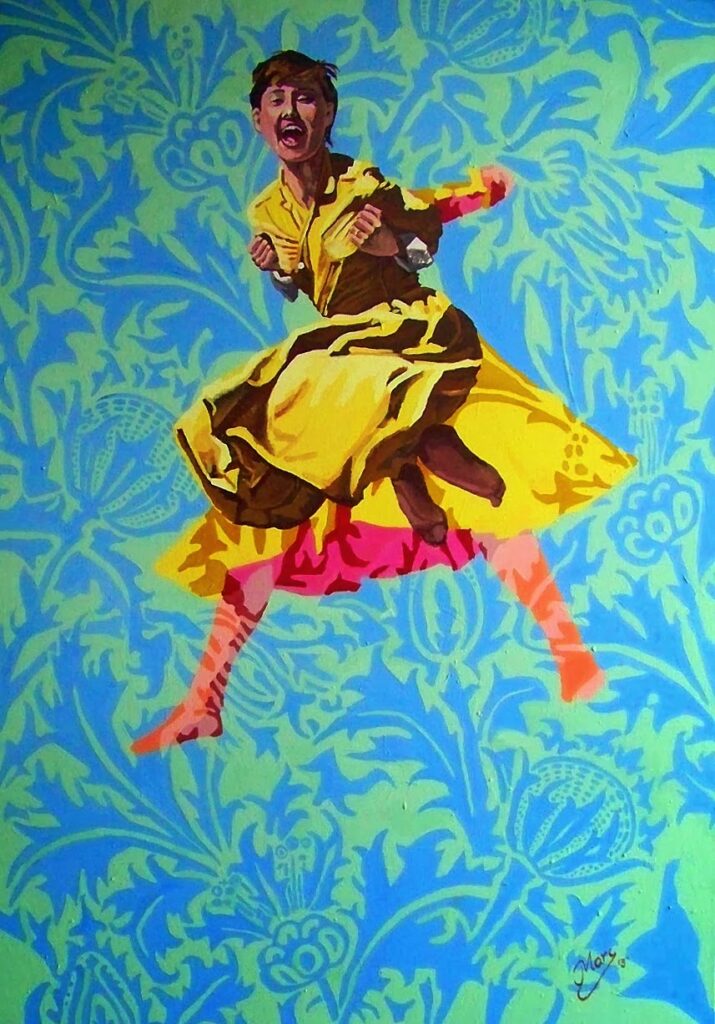 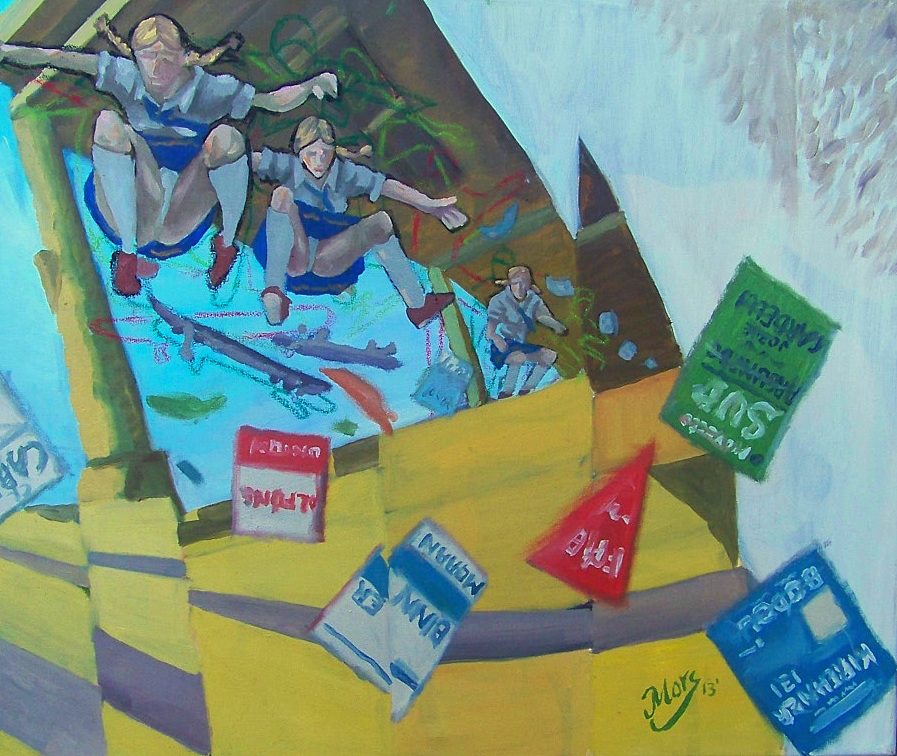 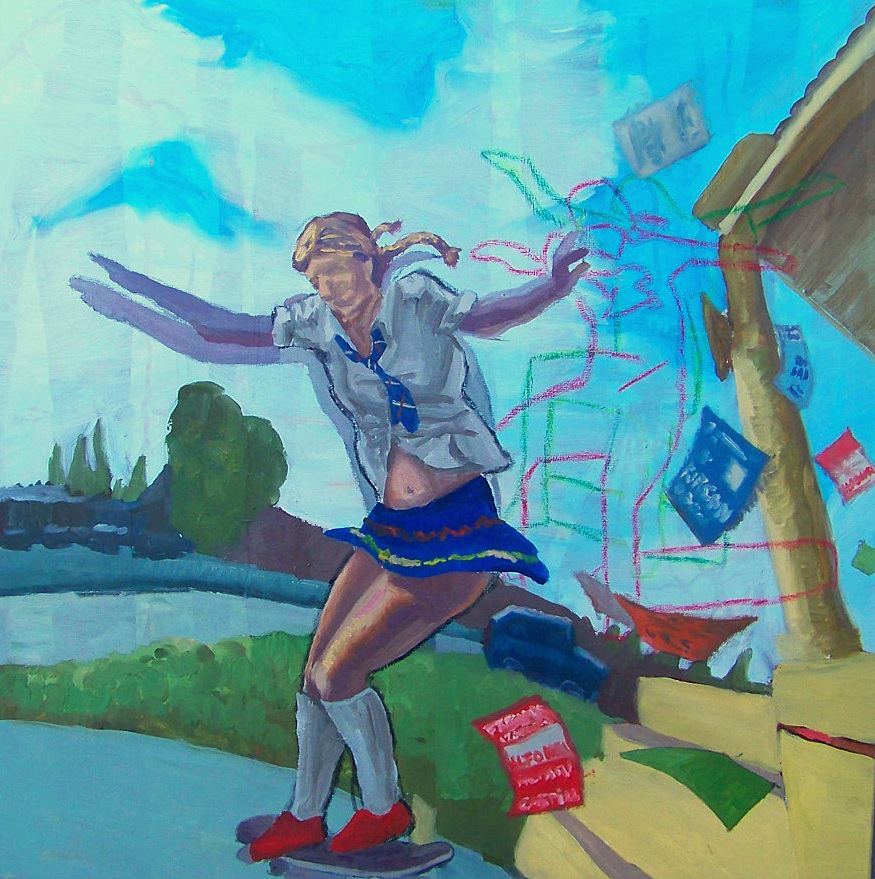 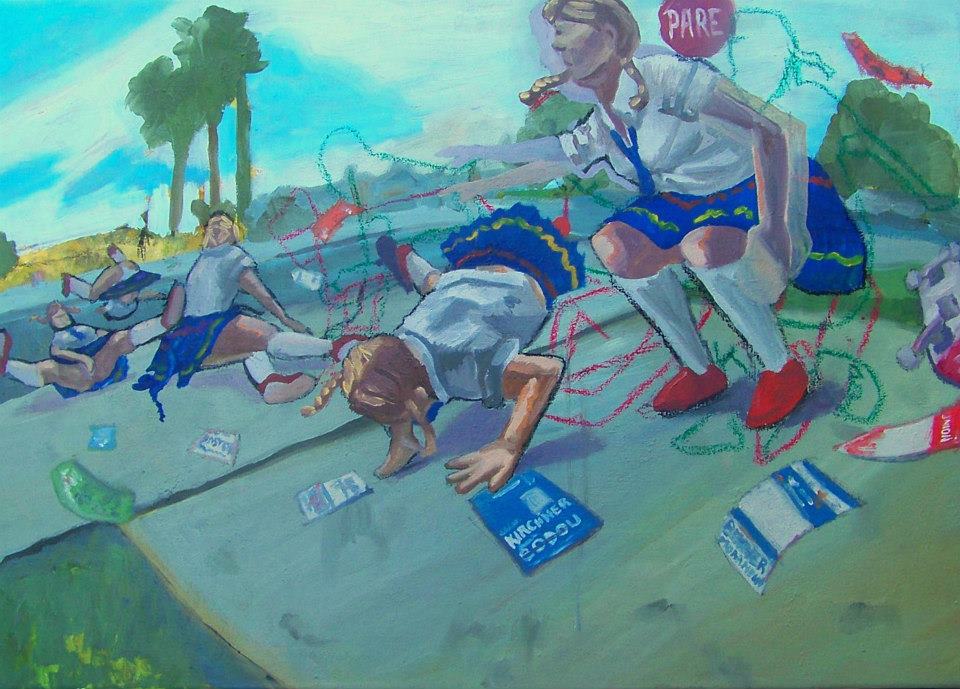 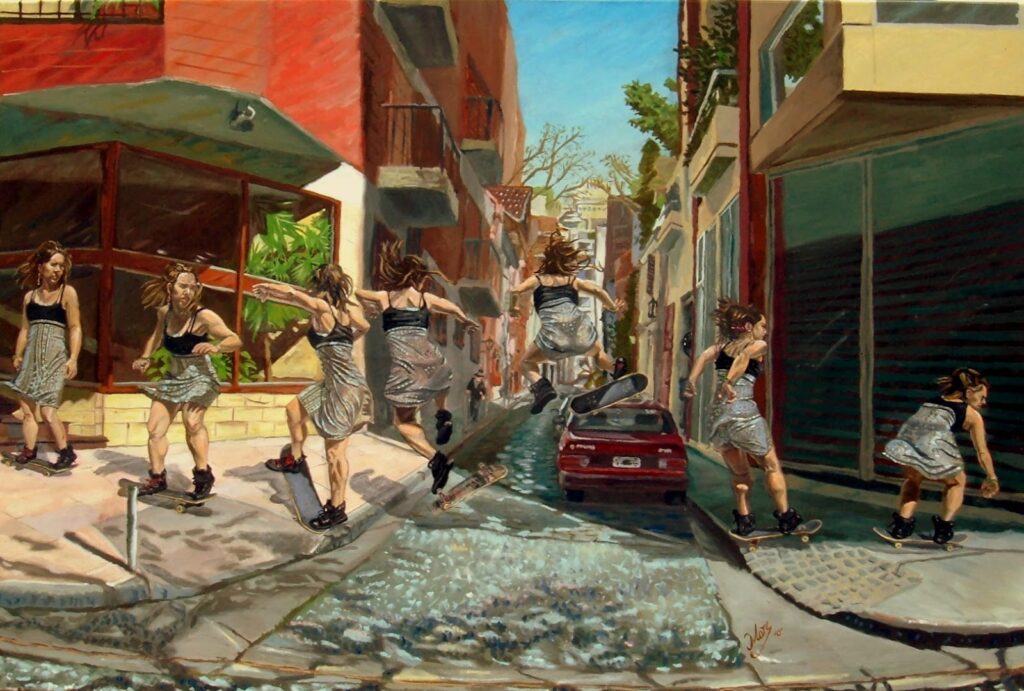 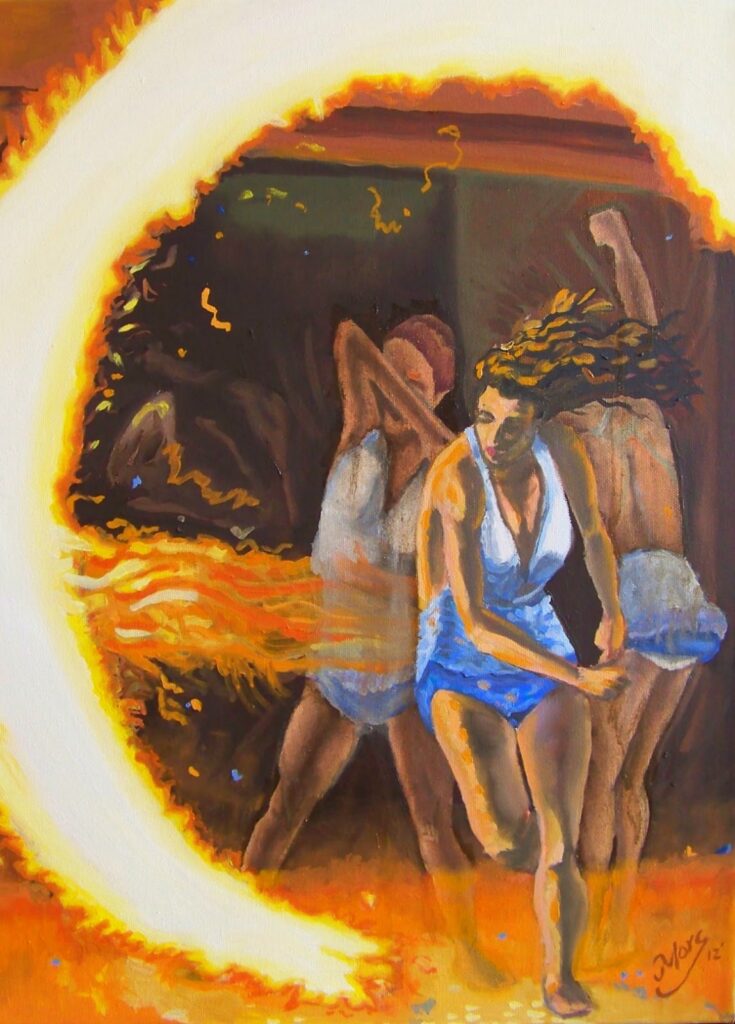 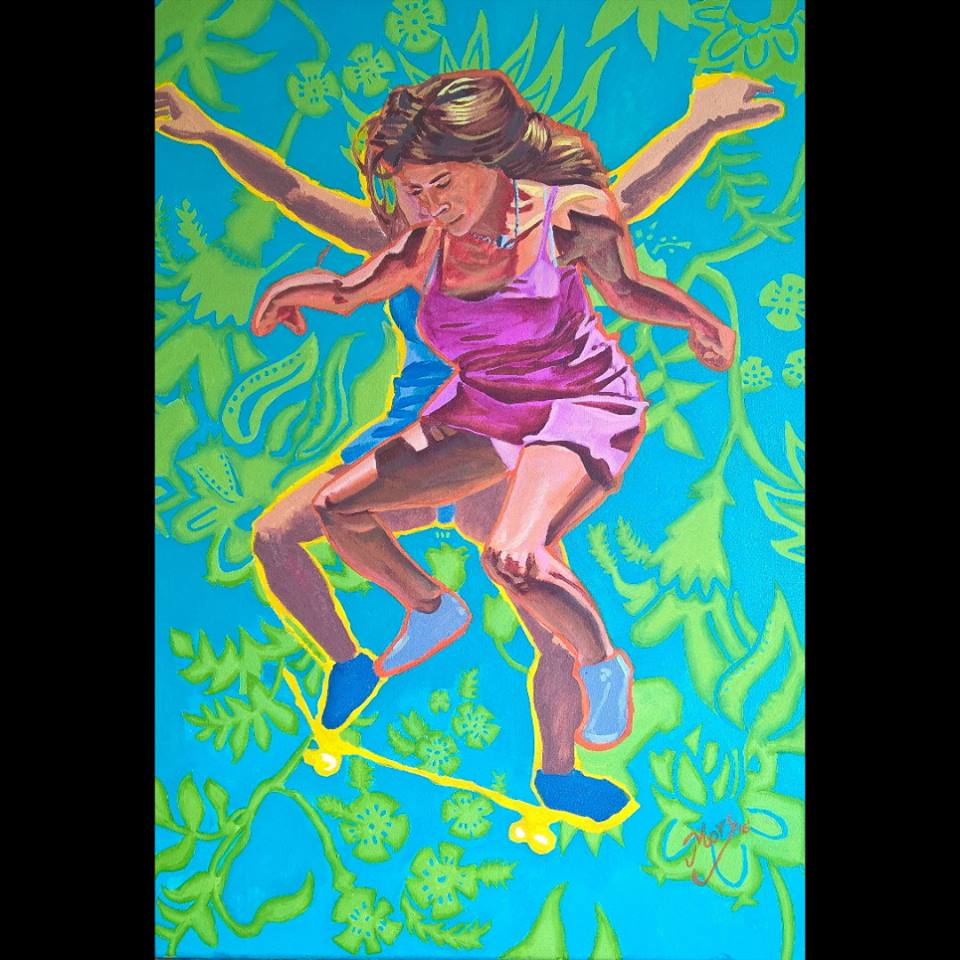 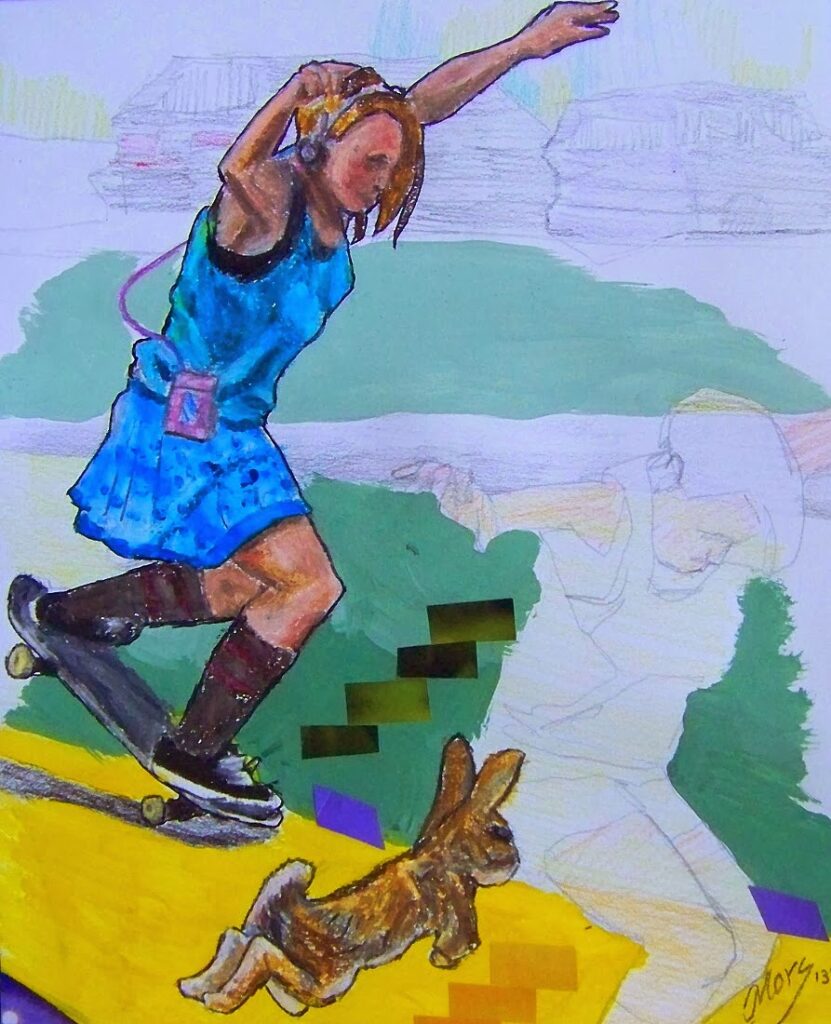 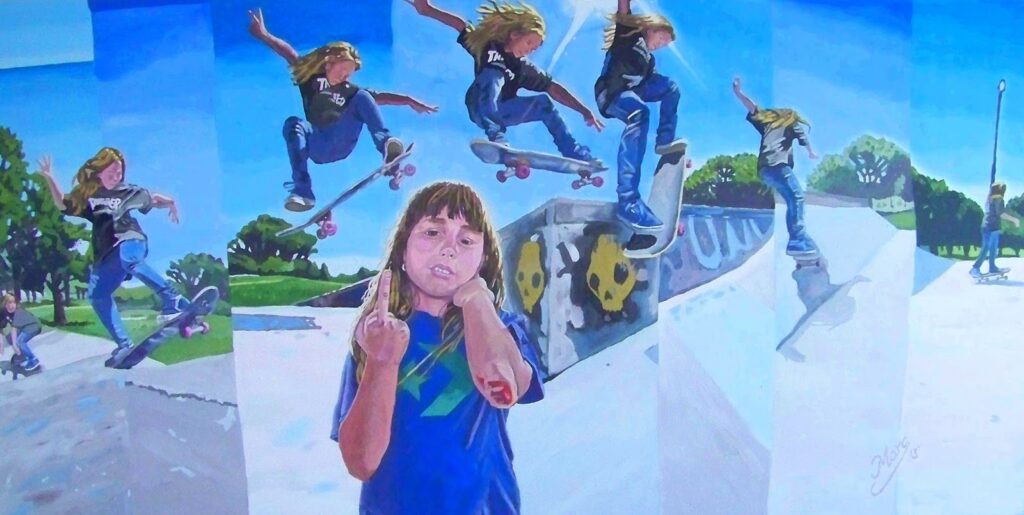