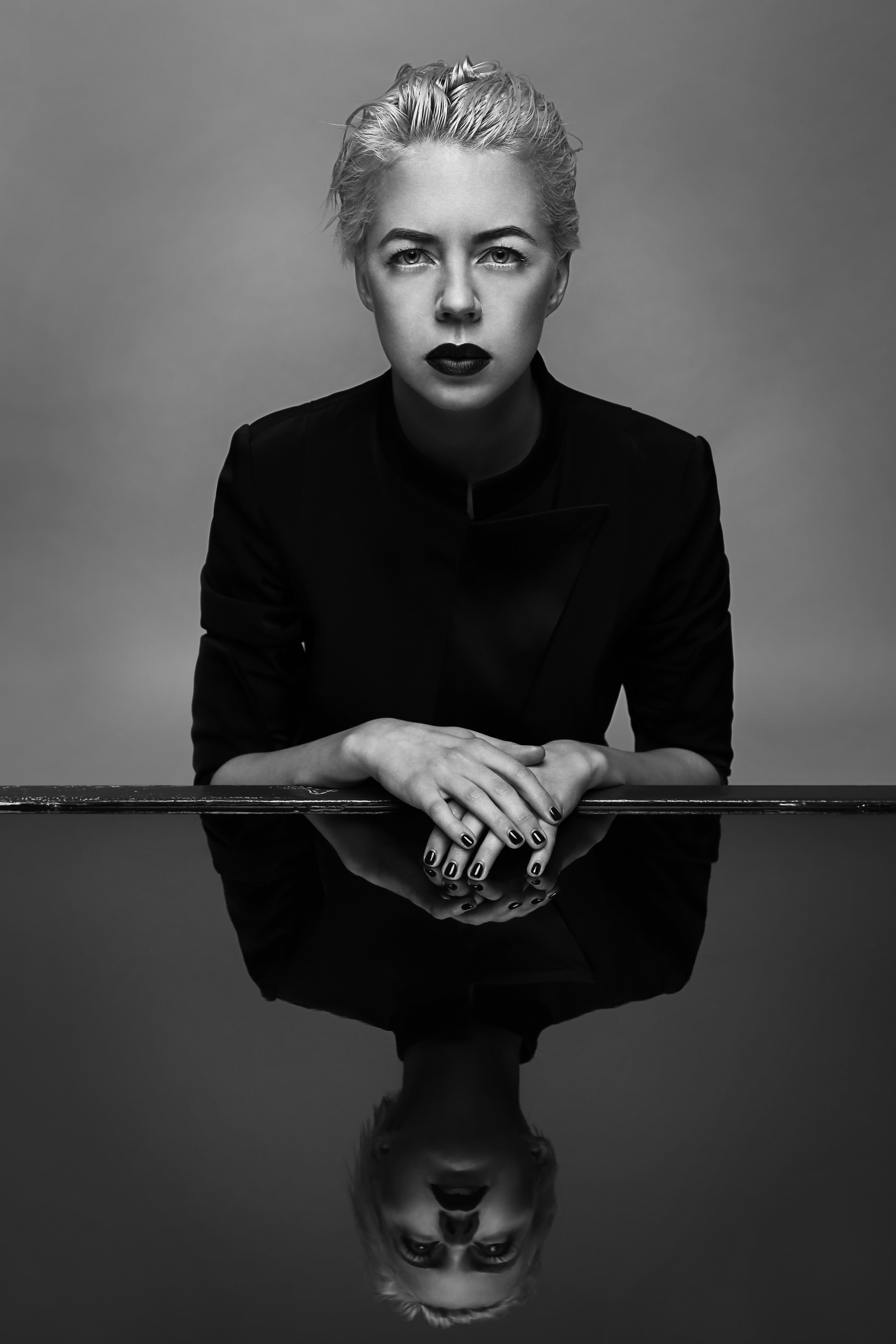 The Ukranian band came to Berlin to present their unique mixture of electro music and folk, this proved a unique opportunity to meet up with the band’s front-women Nata Zhyzhchenko and talk a little bit about their unique music and the development of their career.

Tell me a little about the idea of mixing traditional Ukrainian folk music with electronic sounds.

At first ONUKA  in Ukrainian means granddaughter, it’s for my grandfather, he was a very well known musician and he made instruments with his own hands, he made me a sopilka, a Ukrainian folk flute and taught me how to play it. The first half of my life was only folk music, choirs, ensembles and performances with the national folk orchestra. I was a folk musician but then at 16 I was keen on electronic and denied all this folk stuff. I wanted to be a DJ and have an electronic trio, so we began composing the first Ukrainian electronic music. When this project ended I wanted to do something new, combining the music of my childhood with my almost 12 years in the electronic music but it wasn’t a simple challenge, it wasn’t clear how to mix them and make it sound not-cheesy. I didn’t want to rearrange Ukrainian folk music, I wanted to create author music.

The first steps were to record the traditional music. At first, it was sopilka then the bandura and the dulcimer and additional sounds, maybe it’s electronica played with help of these traditional instruments.

I wanted the Ukrainian youth to get acquainted with their traditional instruments, but not in an old and boring way but with a modern view, that was the beginning of the ONUKA sound. 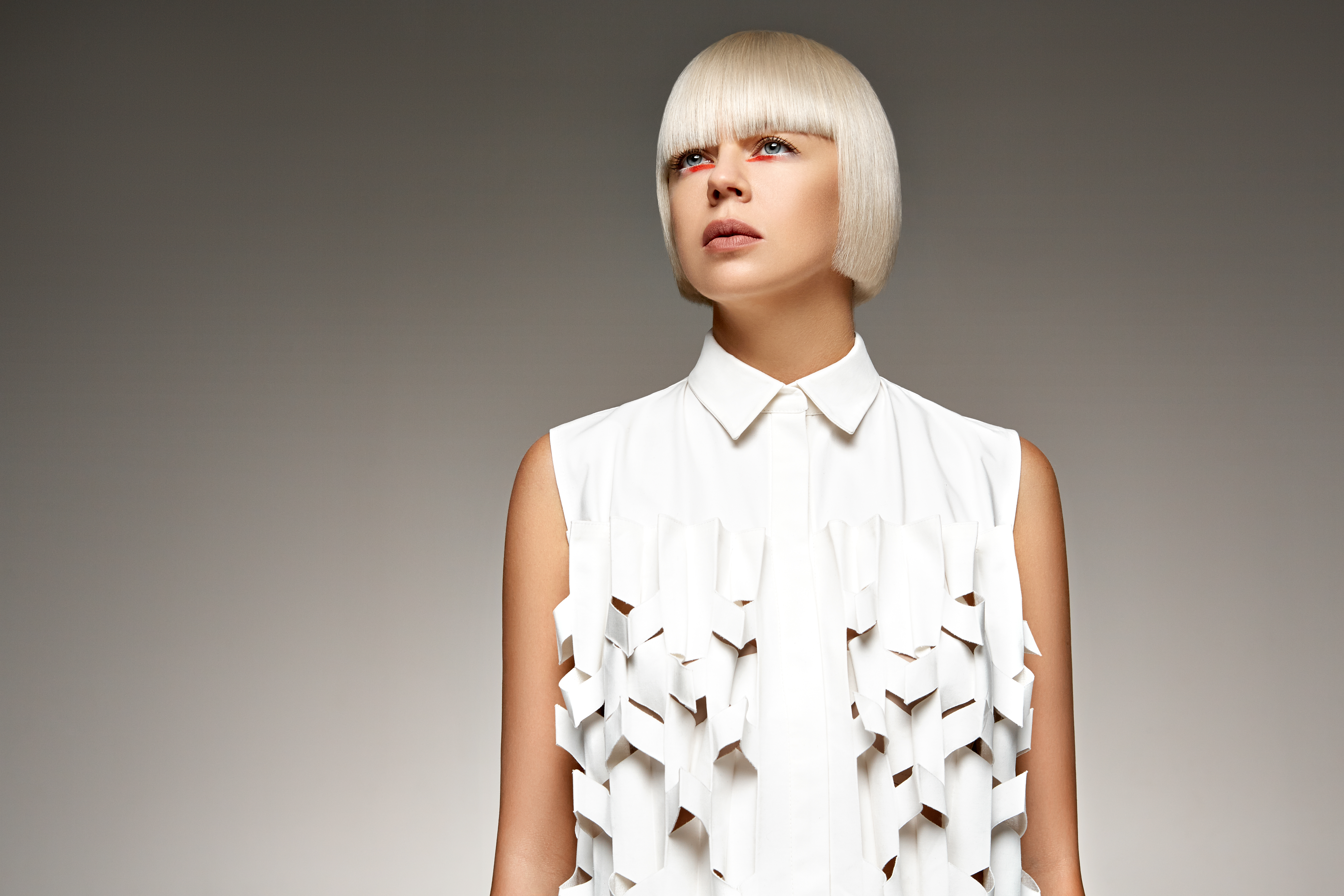 What about your audience? How do they react to this new approach to Ukrainian music?

Our audience is very broad, we have a lot of children and grown-ups or old people. When we play with the national orchestra the audience varies a lot in age. Even the older people adopt it and accept, they think that we are the face of the new Ukranian musical revolution. Young people get acquainted with traditional instruments and they think they can sound unique and so cool, not like the old stuff on tv.

ONUKA was accepted by audiences much more than I would’ve expected.

Could you tell me a little bit about Chernobyl and it’s influence both at a personal level and it’s impact on the Ukrainian culture in general?

Chernobyl is a big part of me. Part of my personality, also as a musician. My father was a liquidator, so I know a lot about it, I’ve been traveling there a lot of times and I do it often, it’s my big inspiration. I know a lot of people, tragedies, struggles and it’s ethnocultural influence. I know that it influenced on musicians all around the world, Pink Floyd filmed a video there. It was a wave that influenced a lot of songs and releases dedicated to this tragedy but I don’t think that it influenced on Ukrainian music, at first it was the Soviet Union, there was no Ukrainian music, only popular Soviet music.

Economical, social and political life was so tough at that moment. The 90’s were really very tough for living that there was no space for arts and music, maybe some artists did something, but it was hidden from all the people. But it influenced our mentality, for many years it was the first and nearest association with the Ukraine.

ONUKA has a 360 visual approach. Nothing seems left to chance, the videos, visuals, stage design, wardrobe…

We have a great team, all of them are our close friends. I know what I want to see there, they accept my spirit and my ideas are made by them. ONUKA is not only about the music, it’s about the visual and the meaning.

The lyrics aren’t like poetry, I can’t say I’m a poet, I’m a lyric writer, there is a big difference. But the meaning of these lyrics are a very important thing to me sometimes there is a rebel aspect. It’s not about love or some relationship, it’s about more abstract things.

From where do you draw inspiration? How does the creation process go?

We create it together with  Eugene Filatov, my husband. Well known producer in Ukraine. He’s also very sensitive to my interests, he knows me deeply as a musician and a person. I think that no one but him can make it sound like this. Sometimes it’s my ideas, my vision, and proposals. For example, I might suggest: ‘I want this instrument to be here’ and we sample it and invite the musician who would play this’.

This happened with the buhay, a drum with horse hair. I wanted to use it for a bass line, we recorded it, sampled it and so Vidlik was born. This big unexpected experiment was a great victory for me, sometimes I have such sudden ideas but Eugene can make them real.

We are a great team together, he makes me better when we record vocals, he is very strict with me. Sometimes I cry, sometimes we have a lot of quarrels but he makes me sing the best possible way.

For a long time, music has been US/UK centric. But since the internet we have had access to music from all around the globe, could I get your opinion on that and recommendation of other Ukrainian bands?

I would recommend The elephants, Jerry Hale, Brunettes Shoot Blondes, JAMALA, THE HARDKISS, Cape Cod, CEPASA. It’s all electronica, It’s all the new names. I think now it’s time for the countries of the third world. It’s a shame for me that Ukraine is presented as a country of the 3rd world and I want to change it. I work to promote our music and to show how Ukraine can be more than war and Chernobyl. It can be really the source of fresh ideas and cool people.

I think that the future of our culture is in some western European country, such as Romania where there has been a peak in its electronic scene.

What’s coming up in ONUKA’s future?

We are working on our second LP, on the 7th of November we release the second single from this LP, it will have a big message, stressing more about lyrics and message than music.