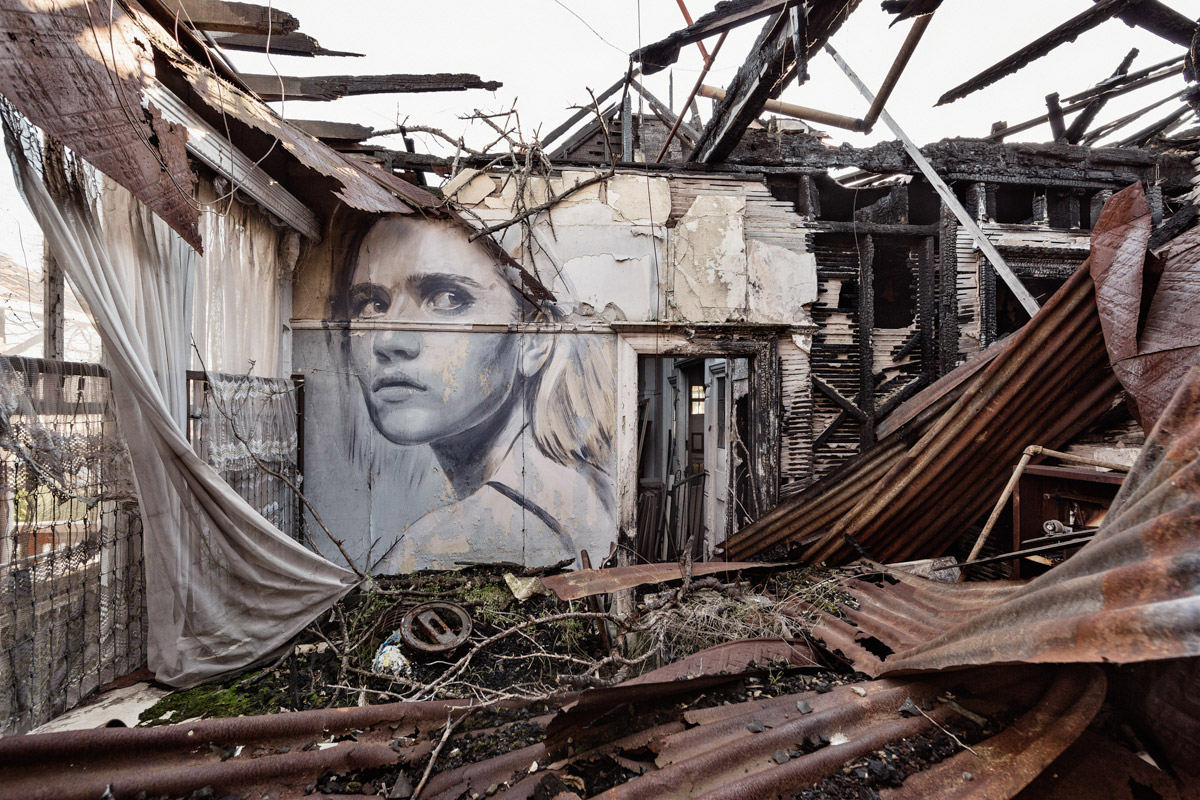 Rone has been cemented as a street art god in his base in Melbourne and internationally, and it’s easy to see why. He walks on a knife’s edge, with beauty on his left and desolation on his right.  The Omega Project gained international critical acclaim, not just in the street art community, but the wider art community. Now there is a waiting list for the limited edition prints of his graffiti and a fan based spanning the globe.

Rone is a permeant and prevalent figure in the art world, and his work is feeling more relevant than ever. At a time where Hollywood heavyweights, politicians and once beloved comedians are being accused of systemic and horrific cases of abuse, art has an especially important role. There is a duty to critic artist in a post-Weinstein world. A duty to champion artists who use their voice to showcase women with their strength and unbridle spirit on show.

Although Rone produced his work prior to the controversy, it’s still retroactively relevant. Rone throughout his long career has almost exclusively painted women. Painting women exclusively isn’t always an indication of camaraderie, but in the case of Rone, it is.  The women don’t have the normal “come fuck me stair” which is often overused in the street art world. Rather, they look contemplative and gnomic, like a chess player trying to figure out their next move.

The Omega Project and Empty feature women painted in decaying buildings. Through the decay, there is beauty, more specifically true female beauty. There is a sense of survival, resilience and the inherently female characteristic of being able to exist in obscurity.

Check out Rone’s work below and on his website. 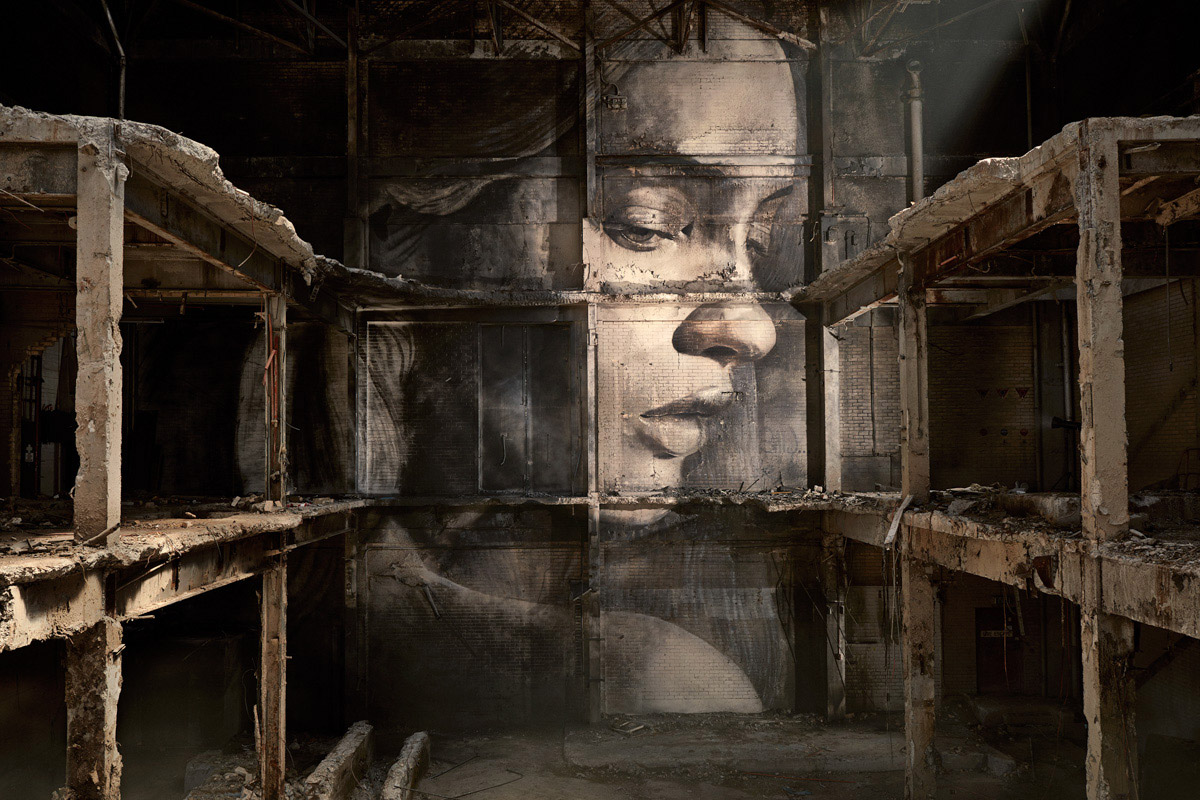 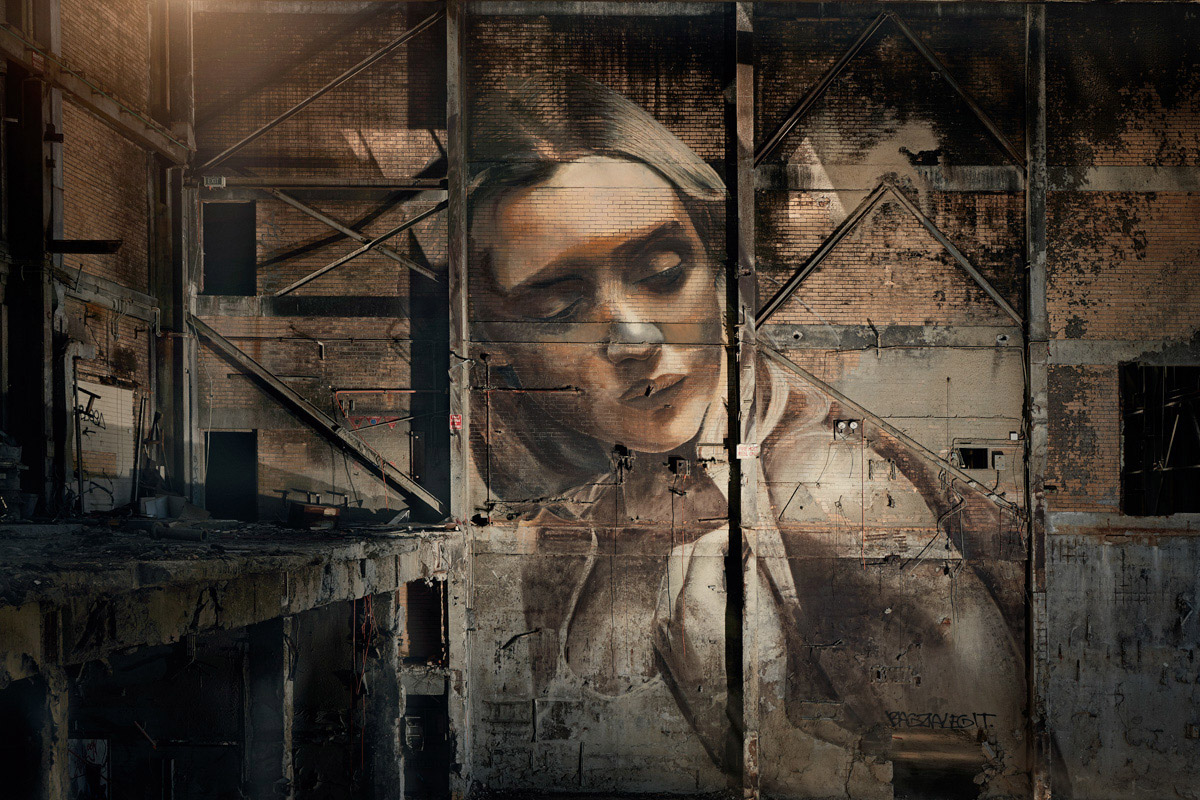 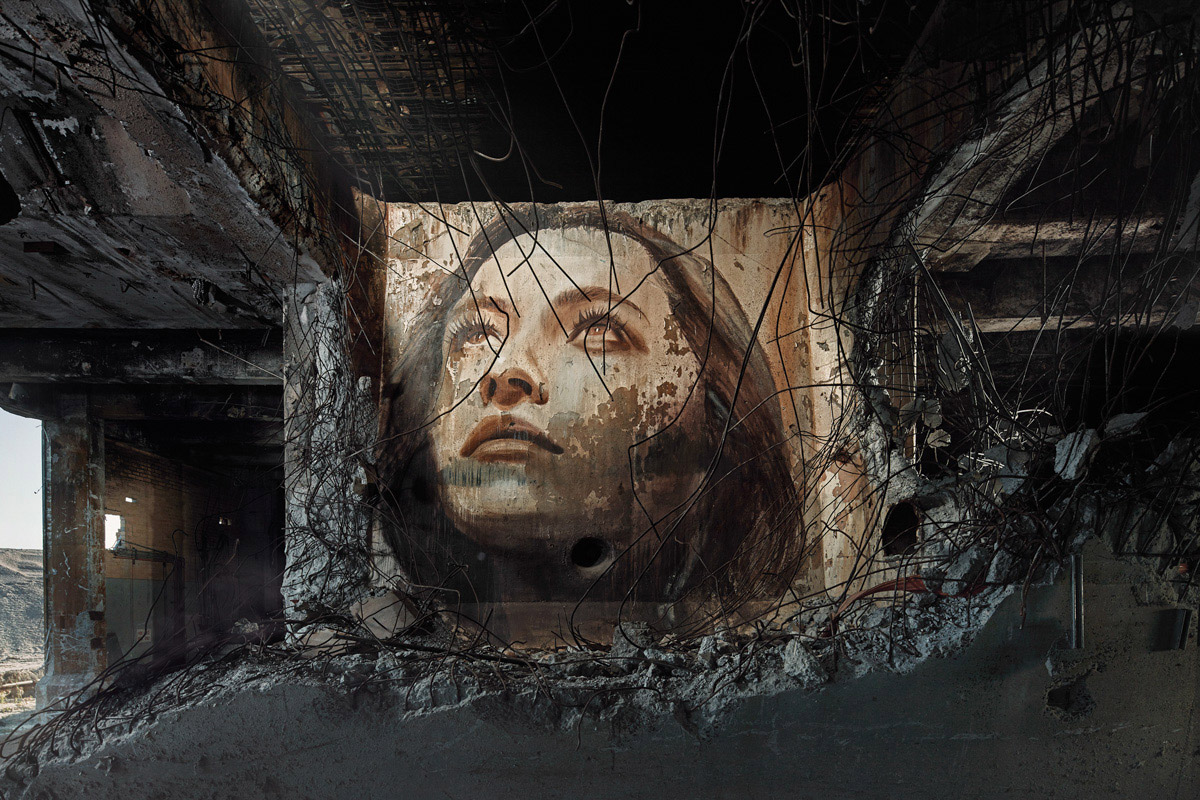 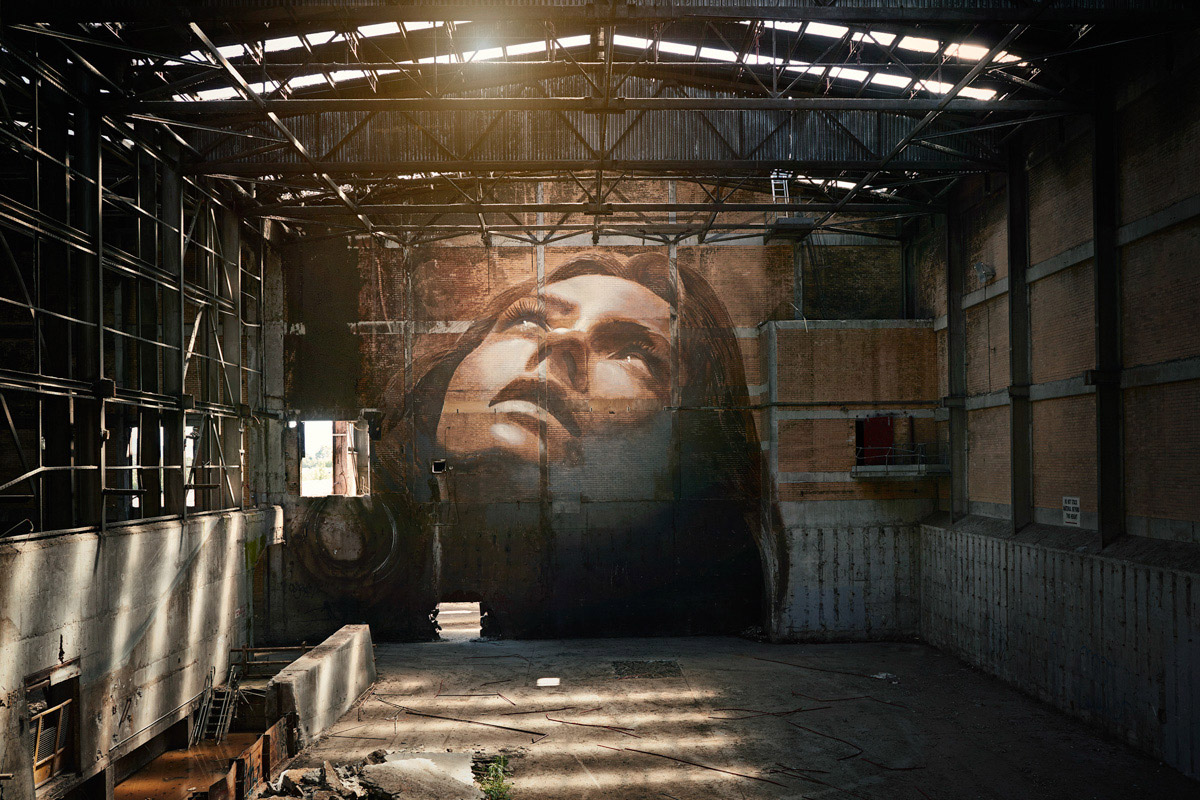 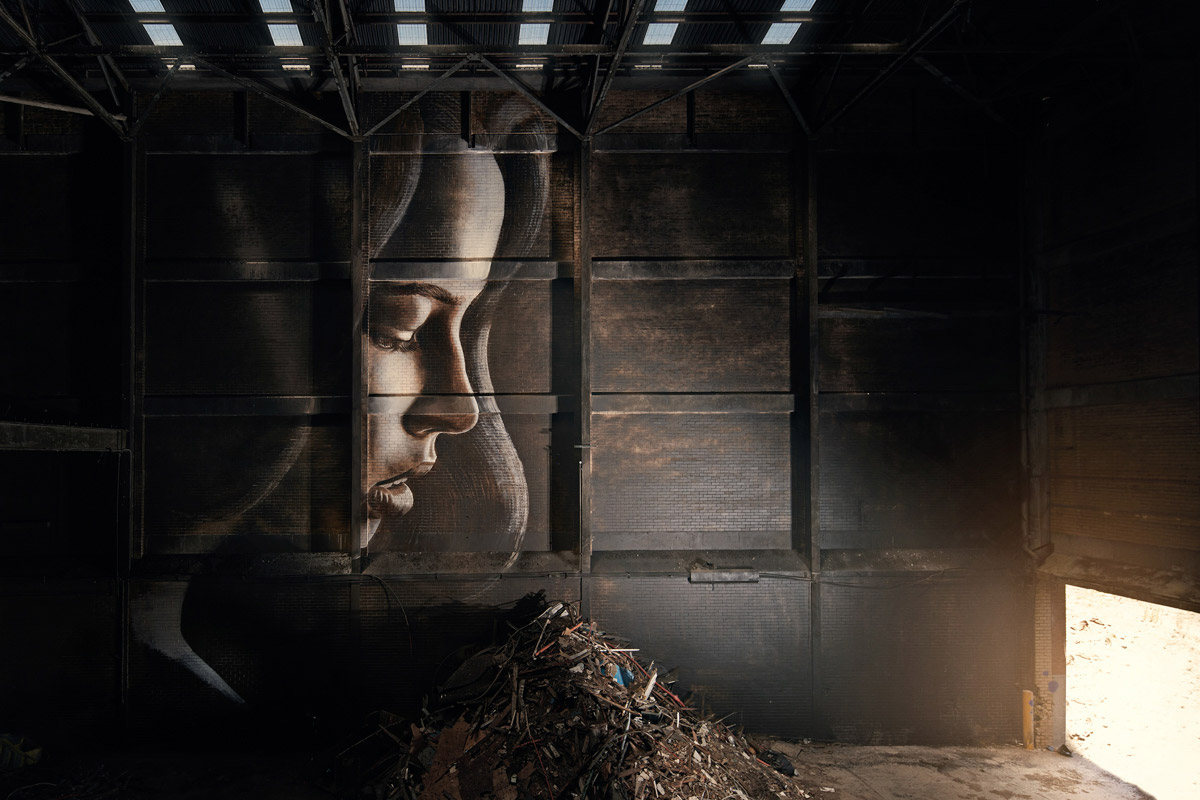 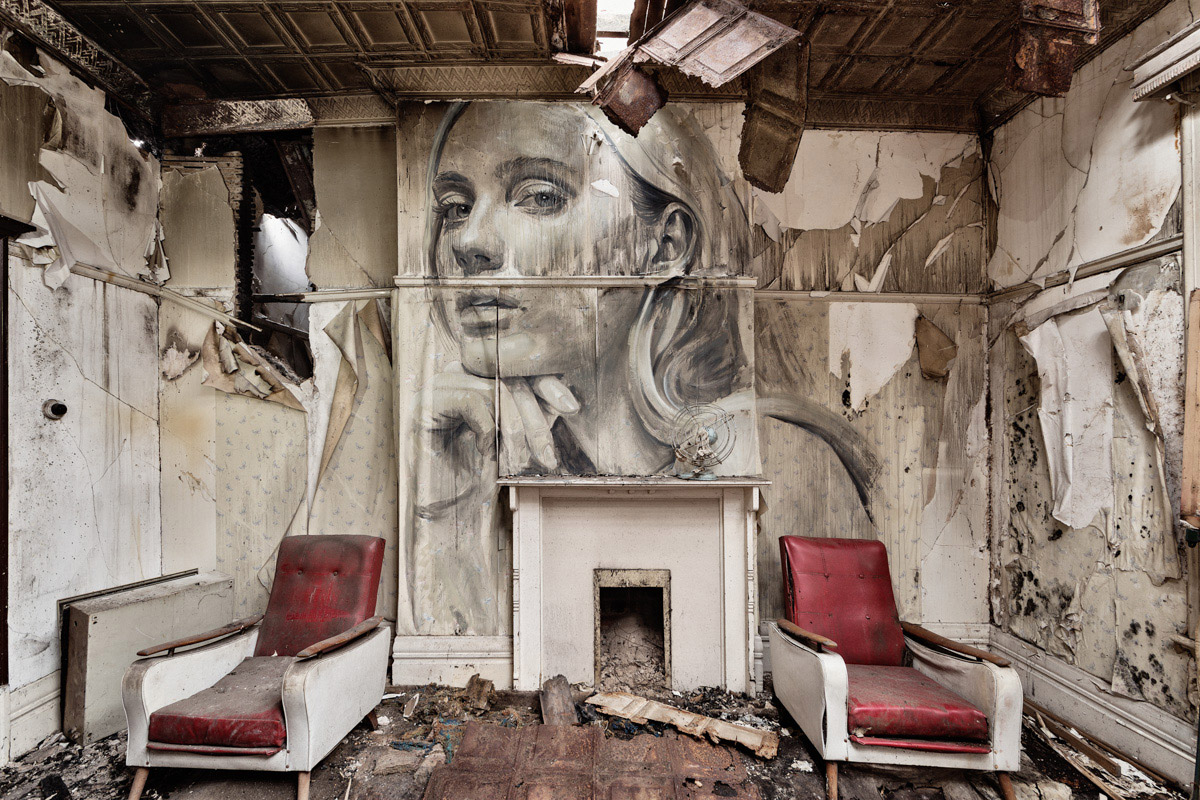 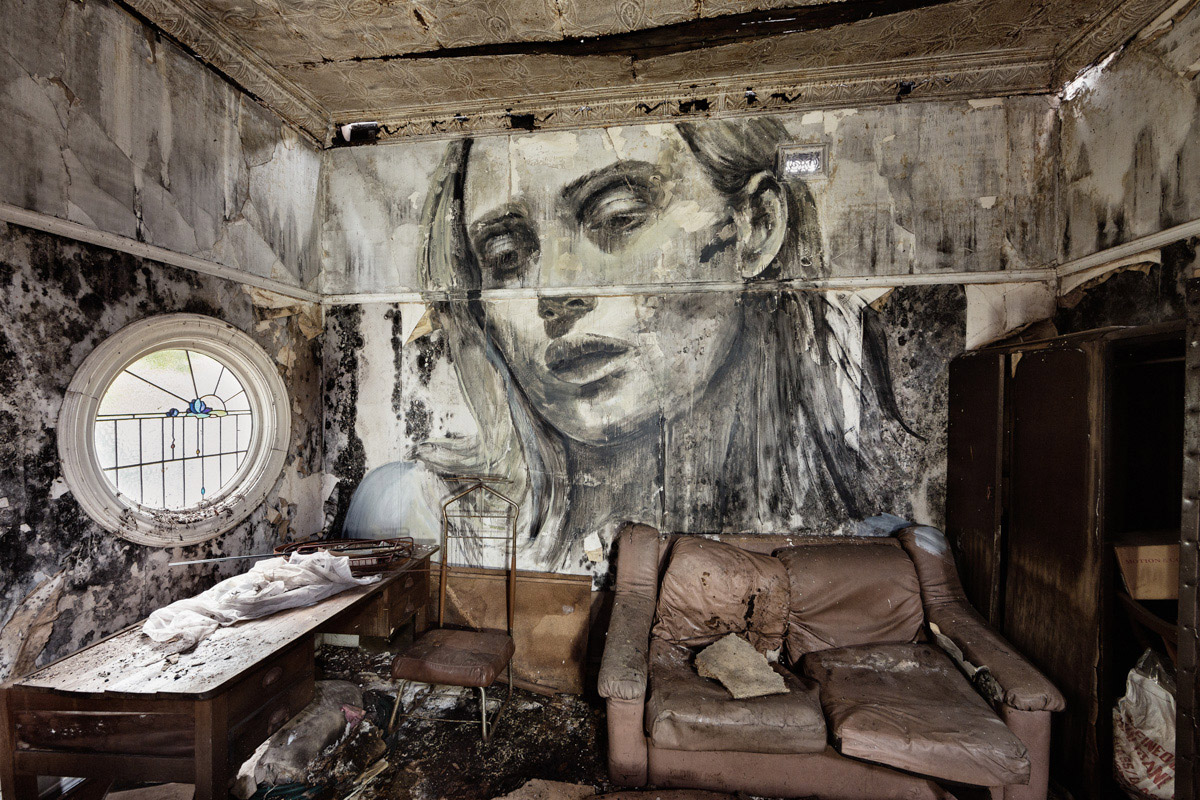 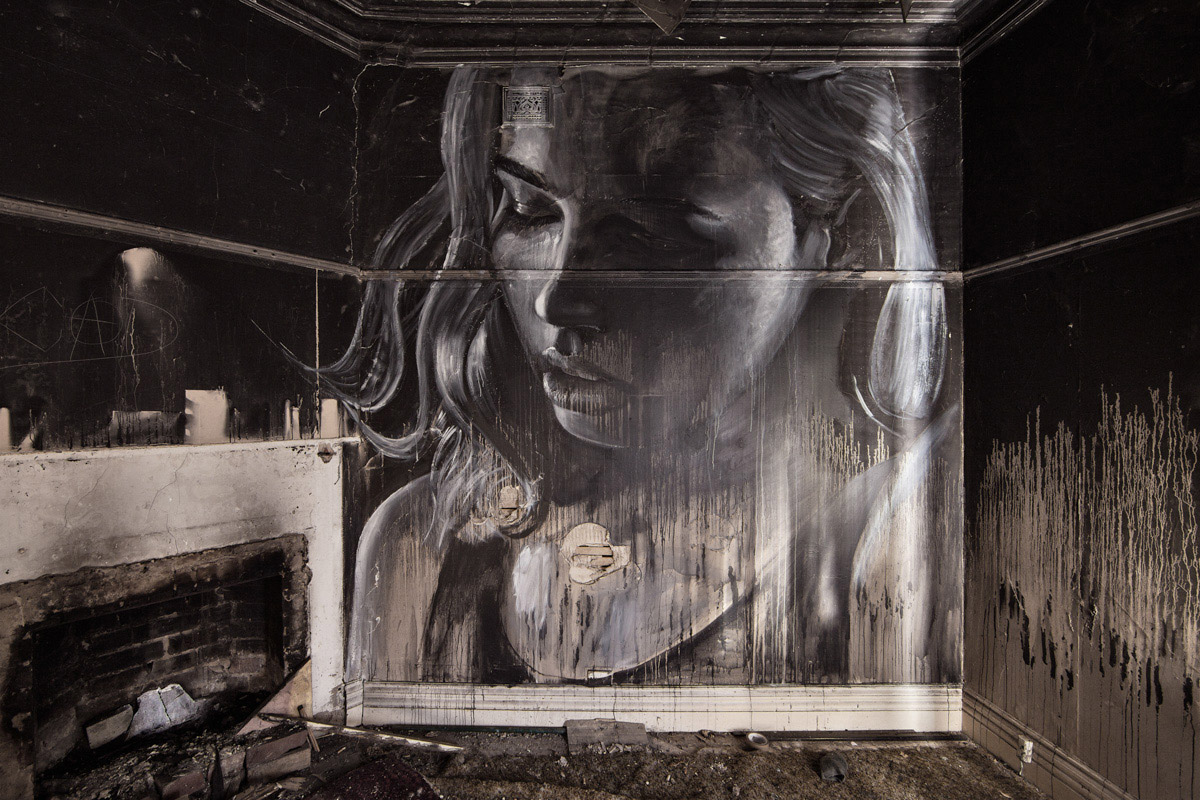 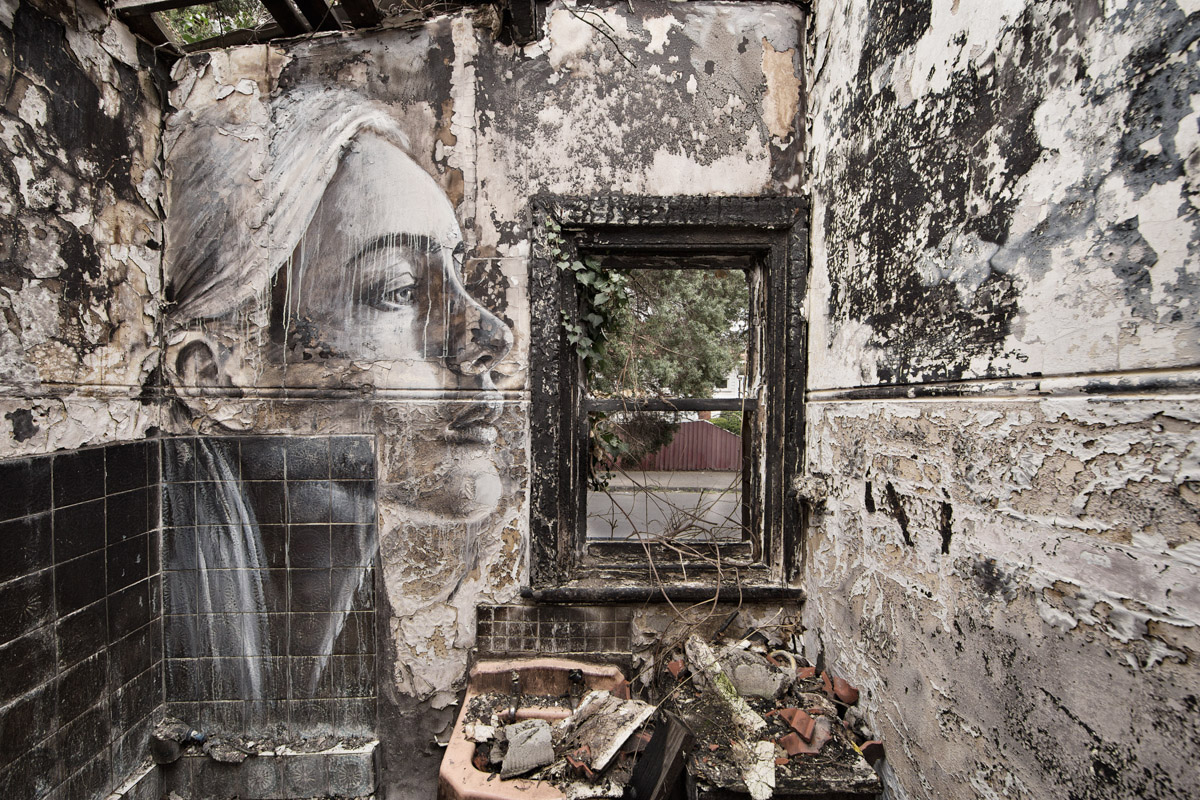 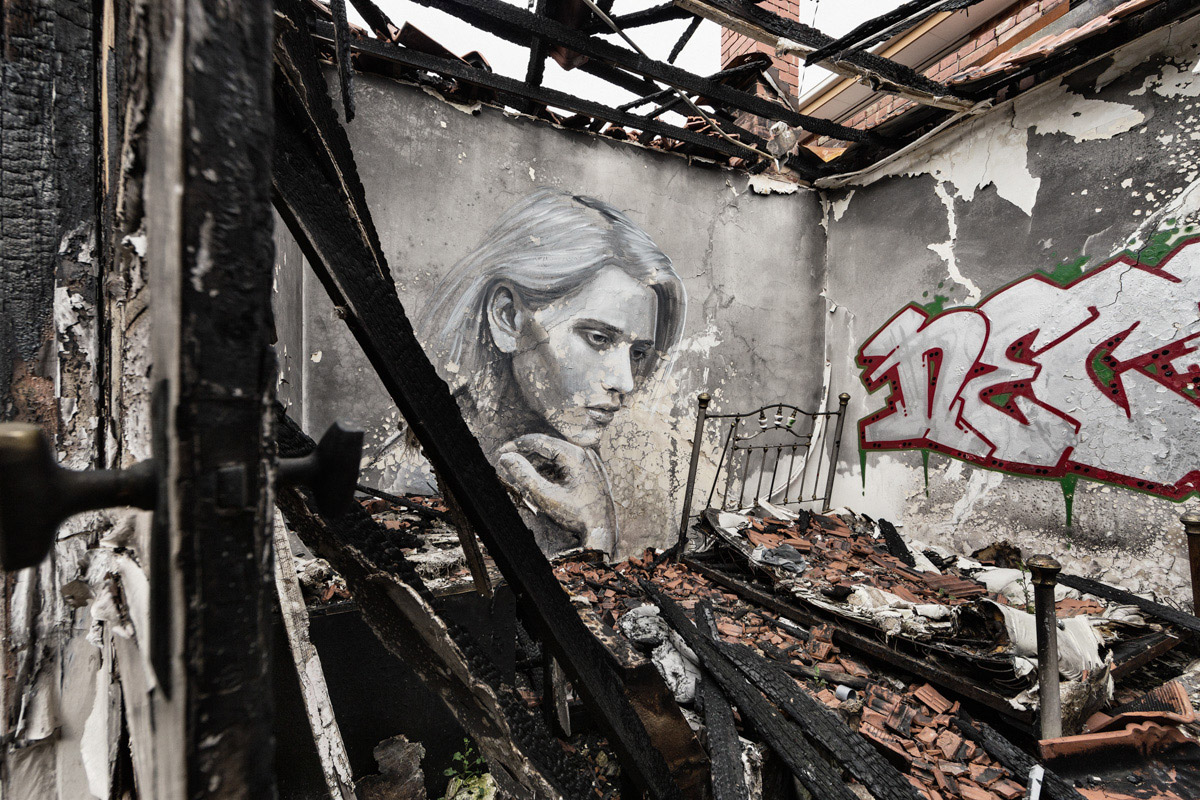