Berlin-based Argentine artist Miguel Rothschild has produced a pair of installations that freeze the undulating waves of the ocean in intricate exactitude.
Elegy, on view at Kuckei + Kuckei in Berlin, draws its name from a poem by Argentine author Jorge Luis Borges that memorializes “the irreparable river of the years” and pays homage to “the configurations of the clouds of each new and singular sunset.” This piece, as a singular moment captured and carved from a perpetually moving sea, impresses upon the viewer a particular sense of infinity. Each moment, each image, is just a fixed instant drawn from the continuous flux of existence. 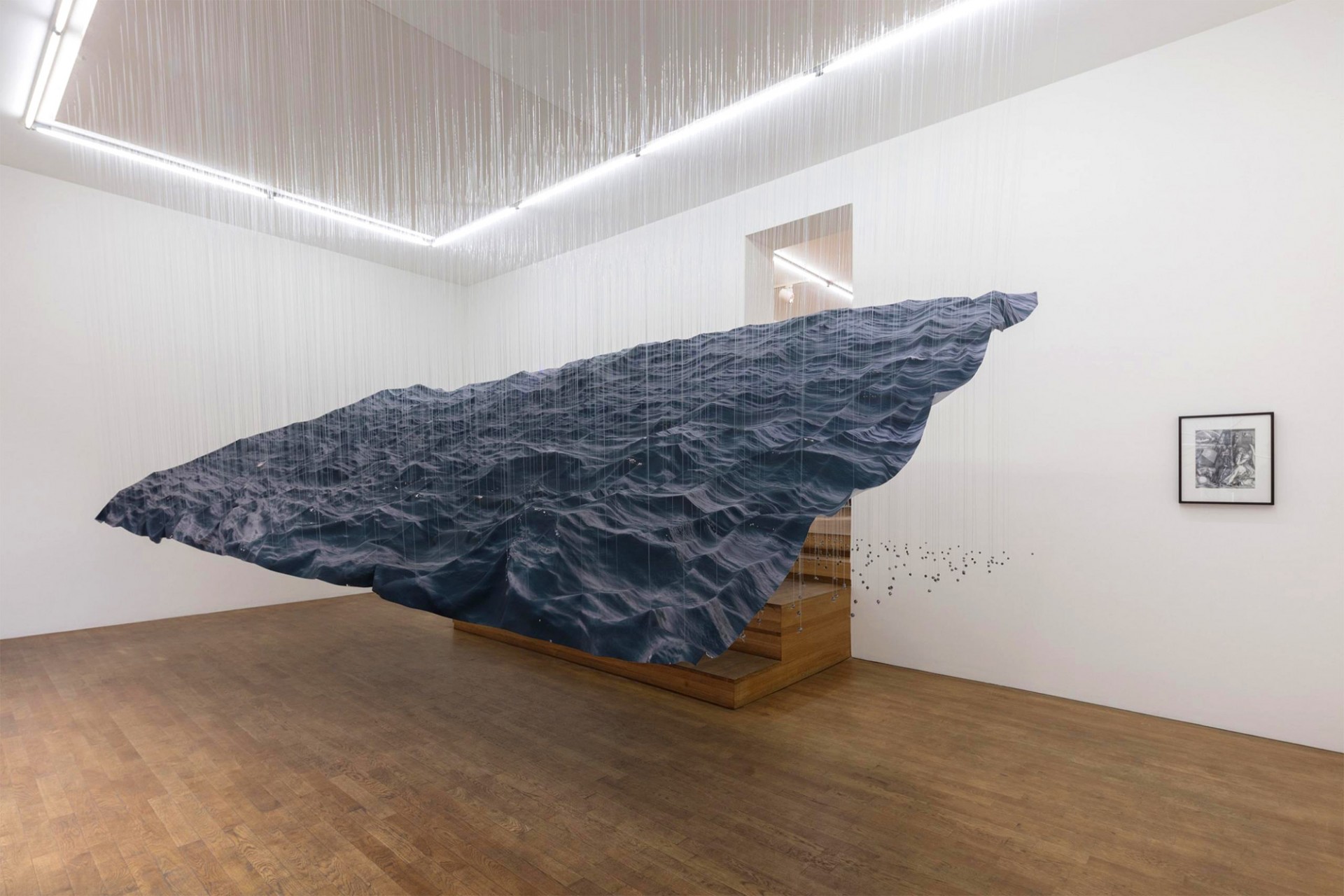 Additionally, Rothschild tenderly places a sleeping dog behind the striking front of ‘Elegy’ that will be familiar as a reference to German Romantic artist Albrecht Dürer’s 1514 engraving ‘Melancholia.’ Behind any given moment there is a melancholic reference that reminds us that it is already over, never to return. In this way, Elegy is an insightful comment on the human perception of time. 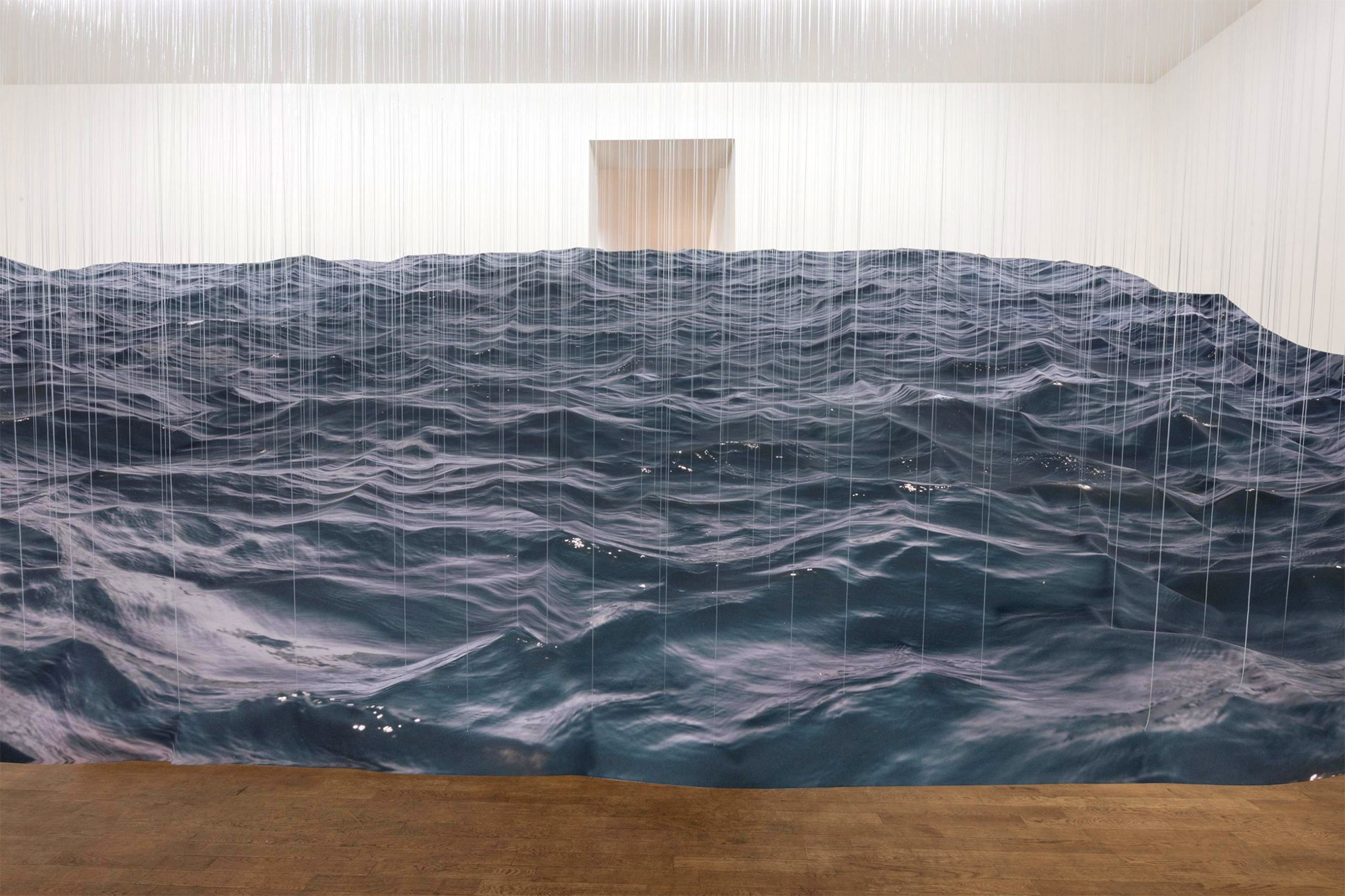 A similar scene unfolds at St. Matthäus Kirche in Berlin, where Rothschild’s De Profundis is on display in front of the church’s altar during Lent. While the piece itself is similar to Elegy, with over 1,500 fishing lines holding up the nuanced fabric to mimic the ocean’s waves, De Profundis takes on the bearing of a staircase and suggests an ascent “out of the depths.” The title alludes to Psalm 130, often referred to as “out of the depths,” a religious appeal to God from a state of sorrow.

While Elegy ended its exhibition last October, De Profundis is on view through March 30, 2018. These larger-than-life installations are drawn from the natural world, yet are still surreal in their detailed complexity. You can see more of Miguel Rothschild’s work on his website. 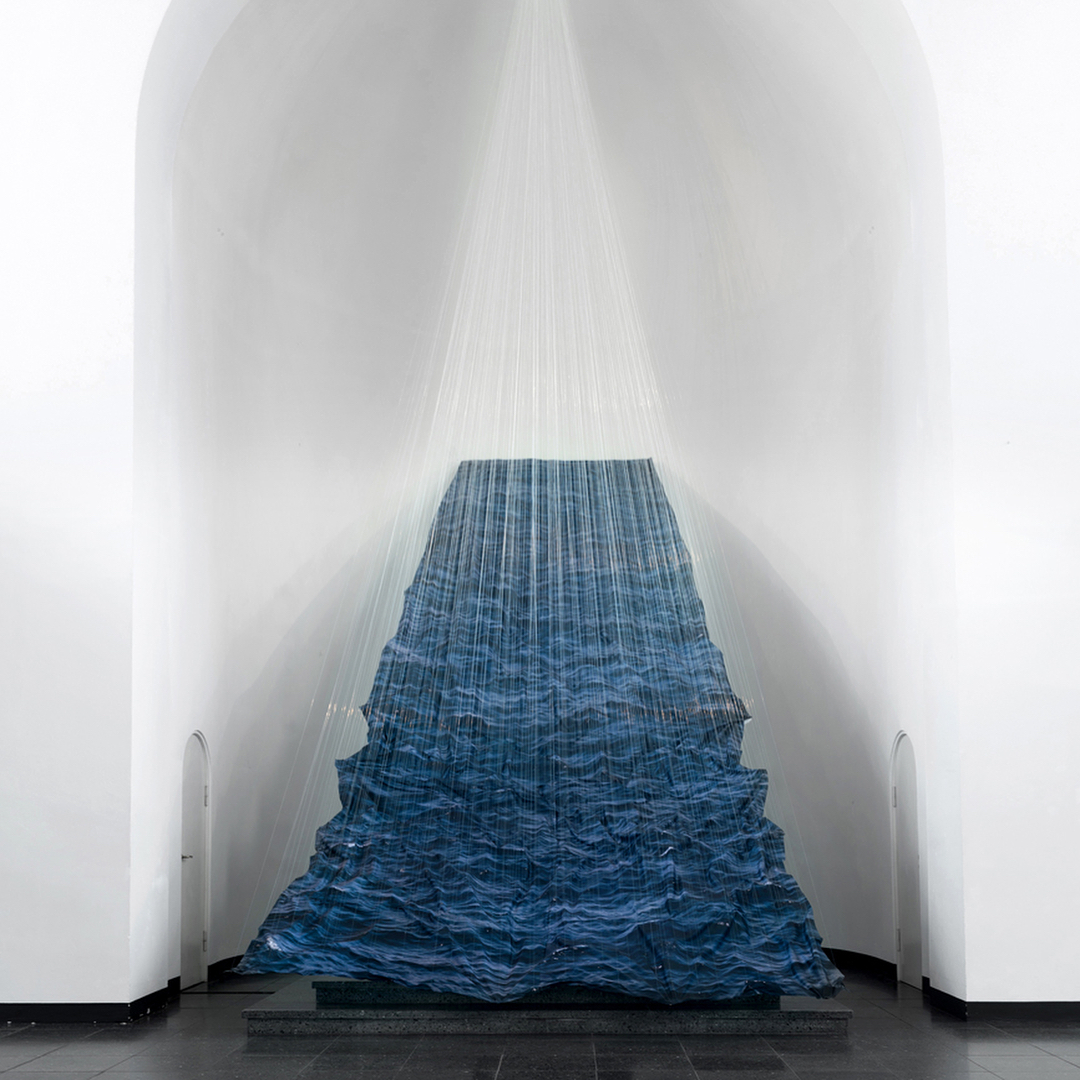