So, Teko you have been living in Berlin for almost two years now but this is your first solo show here. How come?
Correct. This is my first show since my last one in Argentina in 2015. This show is a more ‘prestigious’ one though because it is done in one of my favorite galleries in the scene.

What will the main theme of this exhibition be?
I think that Berlin is very dark and gray, so for me, it’s still hard to adapt. The point is to transform this exhibition into a tropical paradise, where you can exit this dark atmosphere for a moment. The title ‘Tropical Bacchanal’ aims to refer to this ‘exotic’ and ‘light’ atmosphere (Dionysus a.k.a Bacchus (Greek: Διόνυσος Dionysos) is the god of the grape harvest, winemaking, and wine, of ritual madness, fertility, theatre and religious ecstasy in ancient Greek religion and myth). I will have a collection of artworks which I have done during the last two months and some new ones; but you know my work always revolves around the same things: shallowness, pop culture, and neon. It’s more like I will be using the same motifs but with new elements which become part of the same ‘mythology’. 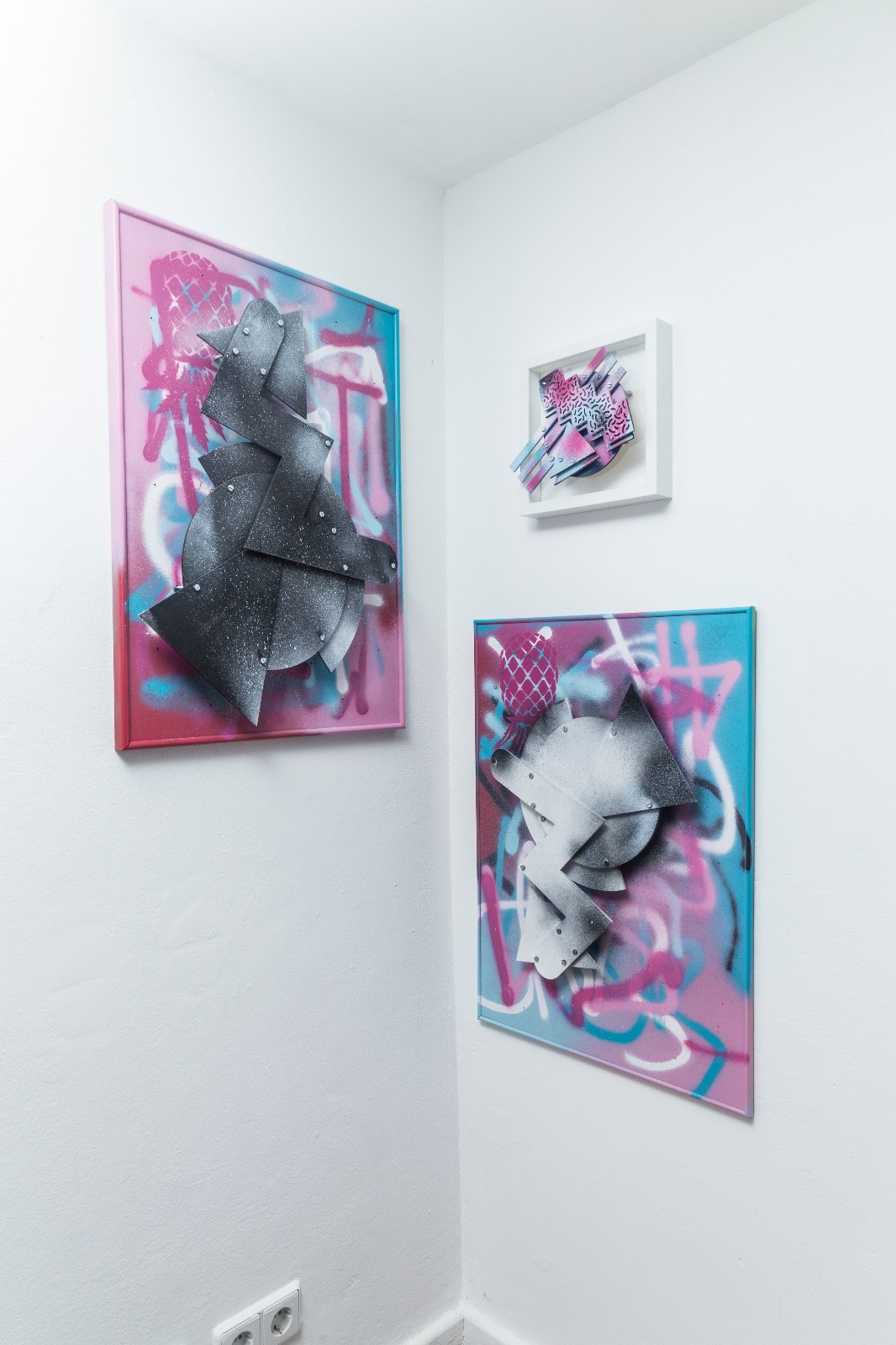 Will there be some particular curatorial approach?
We want to make it look like an 80’s beach party rather than a gallery; relatable and understandable even if you aren’t a connoisseur of art. For me, beauty comes before meaning. I believe that most of the art has nothing to say but is pretty. Therefore, I also abstain from creating highly political, cryptographic work but remain on creating beautiful, shiny things which might have a different meaning for each one who sees them. 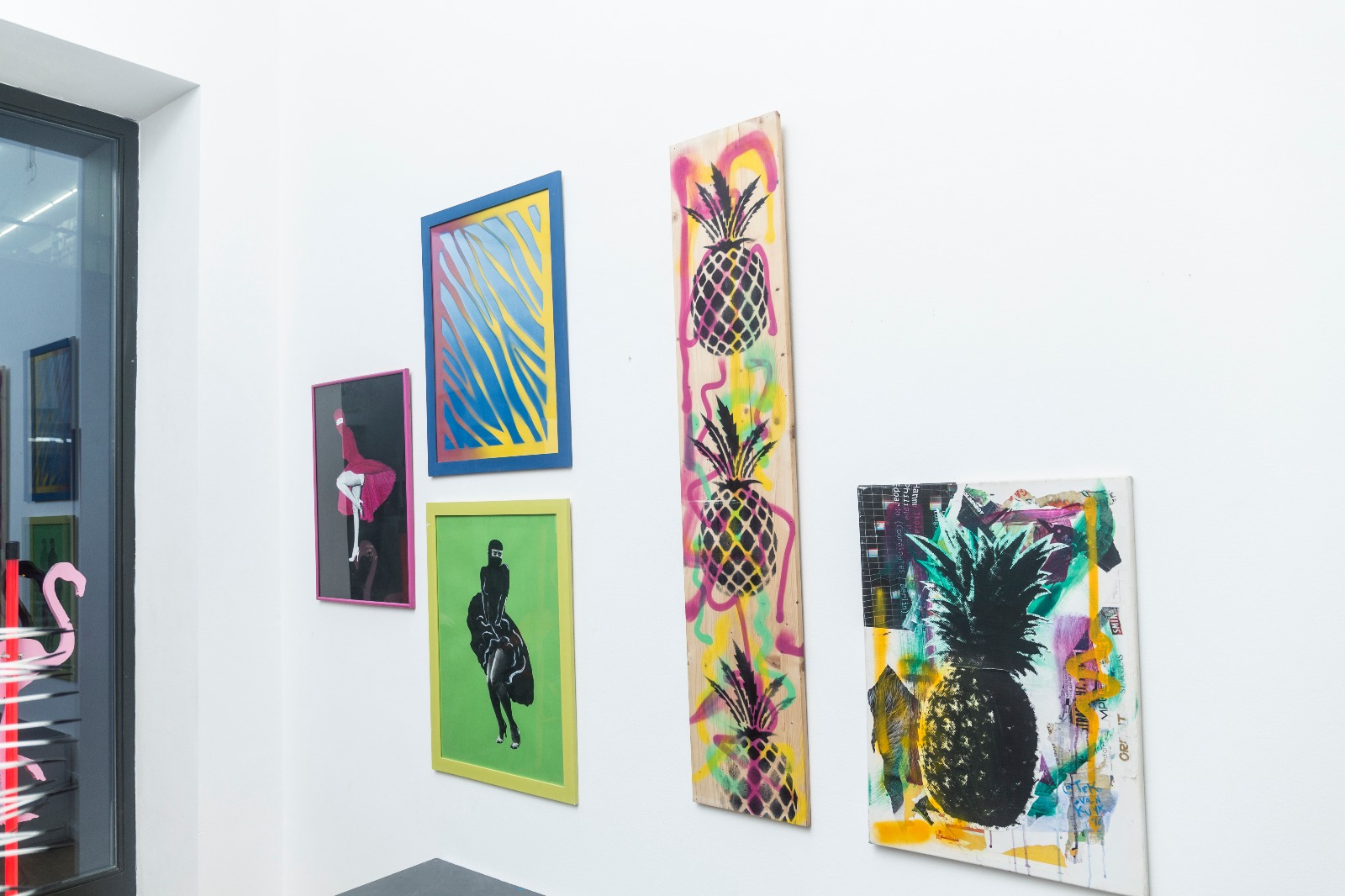 Is there some difference to the ones previously?
Well, I would say that there is some sort of crucial difference because this is the first time someone else curates my show. Since a very young age, I curated my own exhibitions and works, but now I am curious to see how it will turn out. Also, I have reached a moment in my career where people invite me to do shows and this is also exciting. It’s nice to finally get into a venue which is up to my level because it will give my work the importance it deserves and I see it as an opportunity that will open a lot of new doors in Berlin. You know, I am very serious about unserious things. I want my art to be easy to see and understandable, I always say that if you have to explain a joke, it means it’s not a funny joke. 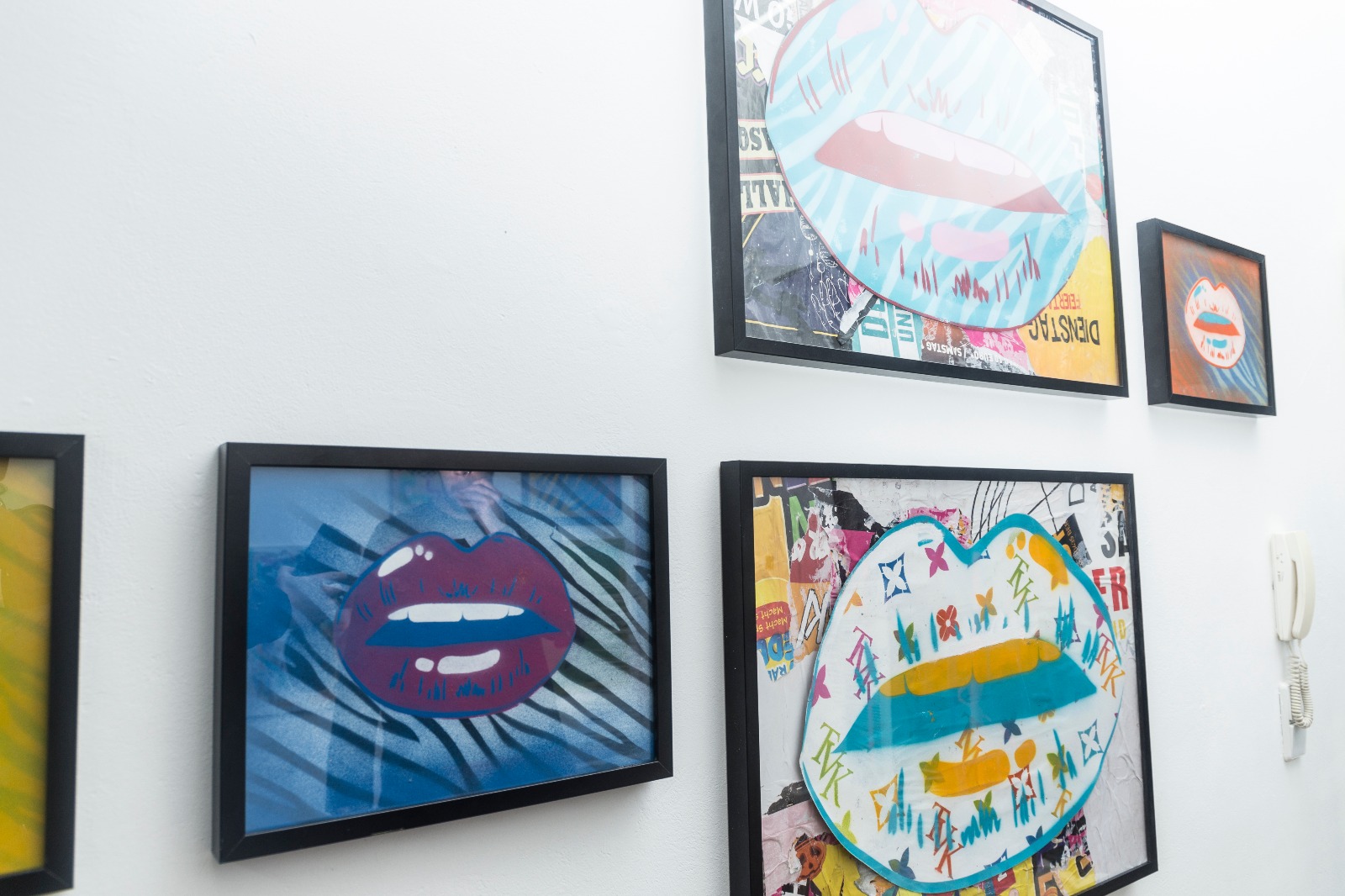 What about your next projects?
I usually don’t plan, things just happen but London and Paris are on my list for next year gallery representation.

Do you have something more to add?
Well, I would rather say I do much more material works lately. Since I was experimenting with new processes and materials, I’ve been able to use laser-cutter and create 3d pieces; this opened a whole new horizon for the corporeal aspects of my artworks which is exciting.